Imagine this.  Mercury, one of the most toxic substances in the earth, leaking daily in your mouth and into your central nervous system.

Not a good scenario, right? 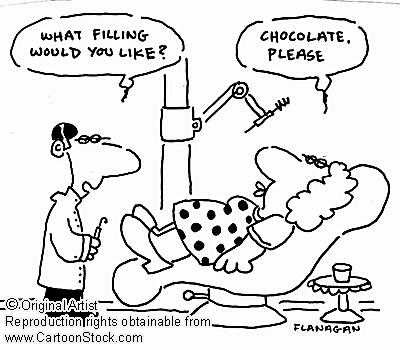 Well, if you are one of the million people who has one or more amalgam fillings, chances are, you are ingesting mercury right now as we speak.

According to some studies, there is evidence that mercury continually leaches from amalgam fillings at a rate of about 10-50 times the safe limit (0.28 microgram/day) set by the US Public Health Service.

As a dental patient, you should know that Amalgam contains mercury; and mercury toxicity has been linked to birth defects, multiple sclerosis, fatigue, Alzheimer’s disease, Autism, ADHD, depression, anxiety, reduced immune function, antibiotic resistance, and impaired kidney function. It is also a potent killer of white blood cells and that proper removal of amalgam fillings will restore white blood cell counts to healthy levels. There is also evidence that the number of T-cells (an important part of immune defenses) decreases substantially when amalgam fillings are placed in the mouth, but increases again once the fillings are removed.
So how does the mercury leak into your body?

Many studies have found that chewing releases the mercury from your amalgam fillings.  The mercury vapors released easily end up in the pituitary glands in your brain.  Autopsies performed in the Karolinska Institute in Sweden found out that cadavers who have amalgam fillings has 3 times more mercury in the brain and 9 times more in the kidneys compared to cadavers without amalgam fillings (We ingest and inhale mercury everyday from the foods we eat and from the polluted air we breathe).

The common bacteria found in our mouth and intestines convert mercury into methylmercury, a compound that is 100x more toxic than the elemental mercury. Methylmercury easily passes the blood-brain barrier as well as the placental barriers.  Therefore, several governments around the world prohibit dentists from placing amalgam fillings on pregnant women.

There’s no doubt in our mind that amalgam fillings pose serious threat to our health whether we show symptoms of mercury toxicity or not.  Therefore, our dental clinic in Makati maintains a “Mercury-free” practice.

For your health’s sake, have those old amalgam fillings replaced now.

Here’s an interesting fact, though:  the American Dental Association maintains that amalgam fillings are safe; contrary to the declaration of the EPA or the Environmental Protection Agency that amalgam is considered a hazardous material!  However, when the ADA was faced with a lawsuit regarding the use of amalgam fillings, it was quick to file a defensive statement: “The ADA owes no legal duty of care to protect the public from allegedly dangerous products used by dentists.”

I still have to read a journal regarding the stand of the Philippine Dental Association on the use of amalgam fillings.  I reckon that we still don’t have a unified stand on this as proven by the different health card companies ‘requiring’ dentists to use amalgam fillings for their client’s teeth instead of the tooth-colored composite resins.

Skip the coffee and make yourself tea.  Green tea, that is.

A recent research published in Preventive Medicine has shown that people who drink at least a cup of green tea a day can keep their teeth until their old age.  However, adding sugar or cream to your tea is another story.

One explanation may be because the warmth of the tea helps wash out your mouth.  But one may argue, what about coffee?

Coffee gave poor results as people usually drink their coffee with sugar and cream, which may lead to tooth decay in the long run.

But unsweetened coffee didn’t give beneficial effects as green tea.

It seems that green tea has a bactericidal component called catechins that kills bacteria that causes tooth decay and gum disease.  It also kills the germs that causes bad breath. What’s more, it also contains fluoride which strengthens teeth.  You now have more reasons to choose green tea over coffee.

So go ahead and brew yourself some tea.  It may save your teeth.

Canker sores, also known as aphtous ulcers or, in our local vernacular, singaw, are small ulcers in the lining of the mouth that are frequently painful and sensitive. While common among both men and women, the latter are slightly more likely than men to have recurrent canker sores. It can occur at any age, but it is more commonly seen in teenagers. Genetic studies show that susceptibility to recurrent outbreaks of the sores is inherited in some patients. This partially explains why family members often share the condition. Allow this dentist in Makati to share more information about singaw with you.

1. There are many kinds of bacteria found in the mouth. An allergy to a particular type of bacterium can trigger a singaw.
2. It might be your immune system.
3. It might be hereditary.
4. You may have a nutritional deficiency in vitamins or nutrients such as vitamin B12, folic acid, vitamin C, or iron.
5. You may have undergone emotional stress, injury or trauma.

What should I do if have always recurrent singaw?

For that last tip, this dentist in Makati found that Debacterol® has proven quite effective. Debacterol® is a liquid, topical, debriding agent used for treating ulcerating oral mucosal lesions, commonly referred to as canker sores, aphthous ulcers, or oral ulcers, as well as minor oral abrasions. It’s uniquely effective in the treatment of Recurrent Aphthous Stomatitis (Canker Sores); it is also a treatment for Aphthous Stomatitis that completely stops oral ulcer pain, seals damaged oral mucosal tissues and aids natural healing processes after just one application, which requires only minutes to perform.

Simply dry the lesion with a cotton swab and apply Debacterol. In only seconds, the pain is gone! Typically, the lesion is replaced by healthy tissue in three to five days.

Why is DEBACTEROL® so effective over conventional products?

In order for any ulcerating mucosal lesion to heal, the factors causing the injury must first be controlled at the ulcer site. Then, any necrotic tissue debris in the ulcer bed must be removed so that healthy new cells are able to migrate into the damaged area and proliferate. In the normal course of healing in an untreated individual, the immune system is relied upon to perform and promote all of these activities. A limiting factor in the rate of ulcer healing is the capacity of the immune system of an individual to prevent further damage and to clear the way for repair cells to infiltrate and multiply.

If you suffer regularly from singaw, please contact this dentist in Makati and I’ll set up an appointment with you and Debacterol®. We’ll then work out some kind of quality oral hygiene regimen for you so you can say goodbye to canker sores… permanently.

So you’re thinking of getting braces? Well, it doesn’t have to be the ten-thousand-year treatment some of your friends suffer through.

There is a faster way to have orthodontic treatments done. At my dental clinic in Makati, we’re talking metal in your mouth for a WHOLE YEAR LESS!

We dentists in Makati call these types of braces “self-ligating” brackets. A treatment time between eight and 18 months is common, but a more accurate estimate can only be made after direct examination.

What is Oral Prophylaxis?

Oral Prophylaxis is the thorough scaling and polishing of your teeth surfaces above, between and under the gums.

Scaling removes the hard tartar which forms on your teeth like scale inside a kettle. You can’t remove it just by brushing your teeth. Scaling also removes trapped food and plaque containing millions of germs which can cause tooth decay and gum disease. Stains from coffee, tea, cigarettes or red wine are also cleaned away when your Philippine dentist polishes your teeth.

There are two ways to scale teeth.

For polishing, your dentist in Makati will use a rotating brush or rubber polisher with a special toothpaste.

Scaling cleans above and below the gums. If you have gum disease, scaling needs to be deeper, around the roots of the teeth.

Your Makati dentist will tell you about the best way to clean your teeth and gums thoroughly at home.

What are the benefits?

WHAT IS TMD DISORDER?

Research shows that health problems as varied as headaches and breathing problems may be related to abnormal alignments of the bones of the face and jaw, all of which is related to malpositioning of teeth. When there are misalignment on any of these components, chances are the rest of your body will follow suit. Some would complain of neck, shoulder or back pains and clicking of jaws while others will present slouching, dissymmetry of facial features and idiosyncratic symptoms like itching of the inside of the ears. They may not be aware that they are suffering from a not so known disorder called Tempero-Mandibular Disorder, or TMD. Learn more about TMD, and how the Makati Dentist can help you. END_OF_DOCUMENT_TOKEN_TO_BE_REPLACED